Back from my errands.

Am I over my head with these guys?

So I rush back to the hangars and the Mistress after hearing about some giant gang war involving a ship that sounds really familiar. I had hoped to get some word back to my people at home and make sure my troubles haven't led back to 'Dosha but, things seem to have gotten very hot very quickly while I was taking a leave. That will have to come later. My crew has  no problem diving into a war when scuffle might have sufficed but, they at least seem to be on the right side of the issues. I rather be risking my unarmed ass taking out slavers and patching up these guys, than doing the Hutt's deeds. Hopefully it will pay the bills. 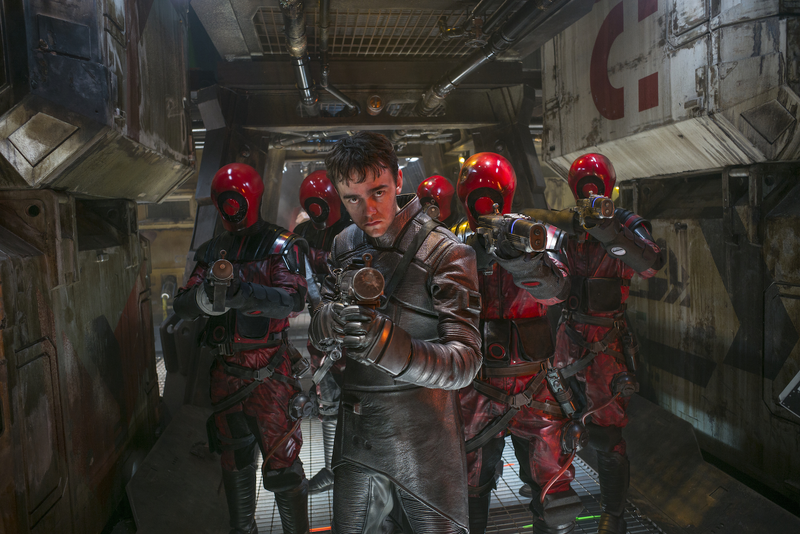 These Serak cyberthugs clearly didn't opt for cyberbrains if they are coming after us at our ship after what was done to their hideout. Slowl quickly rushes out to engage them as the others drop into cover and tactical positions. I try to follow behind Slowl and offer him support as I can. At least I'll be close if it goes bad…but it doesn't. I am able to occupy a few as Slowl tears into several, the blaster fire from near the ship mowing down several more. You'd think a few of our crew grew up hunting in Trandoshan jungles the way they trail the wounded back to their lair.

What happened next though was decidedly un-Trandoshan. Draiboc concocted some sort of "dazzling" scheme to get us close from an alley across the way to the guarded entry. The bold little Bothan walked over with some sort of patter I never would have attempted. I suppose it worked though but, not after getting his ass blown up as the rest of us pounced in the ensuing chaos. The Serak leaders can be lethal but, they just don't have enough good help in a scrap against this capable crew.

I start to patch up Draiboc in a burned out van and then the others while raiding their medical stores as the others go through the Gang's supplies, weapons and info. A little scary how fast we can clean out a place and lick our wounds when put to it. I probably don't want to know why some are that good. At this point, I just hope it pays well and maybe I can spin it with my Hutt loanshark that I helped him through this action. At least we seem to be working for the right reasons…and credits…as Sensa is doing her best to help the slaves tied up in the local game. Hopefully, the violence and info will help her. It's also not bad to work for such a pretty face who gets it.

Ascendant campaigns can view previous versions of their pages, see what has changed (and who did it), and even restore old versions. It's like having a rewind button for your campaign.

We've already been saving your edits, so if you upgrade now you will have instant access to your previous versions. Plus, you have our no risk refund guarantee , so there's nothing to lose.

I'm sorry, but we no longer support this web browser. Please upgrade your browser or install Chrome or Firefox to enjoy the full functionality of this site.